Spain’s back to the polls soon – will we get a new government this time?

The last general elections broke the mould in Spain, and the two party system was seriously wounded.  That could have heralded exciting new times, but somehow it doesn’t feel like it.

Spain last voted on 20th December, election posters vying for space among the Christmas lights.  The vote was expected to break the grip on power of the conservative Peoples’ Party (PP) and the Socialist PSOE, as electors showed their disillusionment with the ‘old politics’.    And it did: those who yearned for the end of the duopoly got what they asked for.   What they probably didn’t count on was that six months later they would be heading back to the polls, after the collective failure of the parties to form a Government. 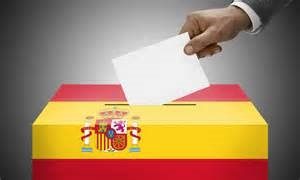 We’re going to get good at this

Since 1982 power has alternated between the PSOE and the PP.  The 2011 elections, in which the PP won an overall majority, saw the two parties poll 73.3% between them.   In December they could only muster 50.7%, together shedding 5 million votes.

The insurgents were Podemos, a media-savvy far left movement that arose from the indignados protests of 2012, and the centrist Cuidadanos (Citizens) party, which originated in Catalonia to oppose independence.  In their first national general elections, Podemos and its affiliate parties polled over 20%, just behind the PSOE, while Ciudadanos pulled in nearly 14%.

As leader of the party with most seats, Rajoy was invited by the King to form a government.  He declined the offer, claiming that he couldn’t put together any kind of majority while the PSOE refused to deal with him.

King Felipe then turned to the Socialist Pedro Sánchez.   Having talked with everyone except the PP, Sánchez agreed a programme of government with Ciudadanos, and submitted it to a formal investiture debate.   Short of votes for an overall majority, they needed either the PP or Podemos to abstain.  Neither of them did, and with no new initiatives proposed before the deadline, the shortest-lived parliament in Spanish democracy was dissolved, and new elections were scheduled for 26th June.

There were three possible combinations:

– PSOE-Ciudadanos.   The only one put to a vote.  The PP as largest party wasn’t prepared to stand back and hand over Government to the ‘losers’.  Pablo Iglesias of Podemos rejected the coalition, wanting power for himself and dismissing Ciudadanos as too right wing.  Nor is he interested in sharing the opposition with PP.

– PSOE-Podemos + others.  Iglesias set out his ambitions early.  He claimed the post of deputy PM for himself and key ministries for his party – Economy, Education, Health, Social Services, Defence and the Interior Ministry – as well as control over public television.   This was too much even for Sánchez.   This option would also need support from independence-minded Catalans or Basques, unpalatable for many socialists, who also fear that allying with Podemos could threaten the party’s survival, a la Pasok in Greece .

– PP-PSOE (with or without Ciudadanos).  Rajoy’s big idea and only contribution to the negotiation. Apparently inspired by Germany’s grand coalition, few in Spain took it seriously.  Sánchez rejected it out of hand. 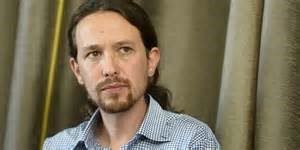 Iglesias :  I want it all…I want it now

So why not PP and Cuidadanos?  Between them they were still short of a majority and there was little chance of persuading other parties to join a coalition or agree to abstain.  And despite it being the party ideologically closest to the PP (or perhaps because of it), Rajoy reserved his fiercest attacks for Ciudadanos.  Their leader Alberto Rivera took note, and demanded a change in leadership in the PP as a pre-condition for talking to them.  Polls suggest that nearly half of Rajoy’s own voters would be happy to see the back of him, but he clearly has other ideas. 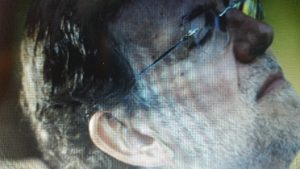 Are the new elections likely to throw up a more conclusive result?   Probably not.   Current polls show only slight variations.  Most of those who change will switch between PP and Ciudadanos, or PSOE and Podemos.

But there has been one development that might shift the balance – the new electoral alliance between Podemos and United Left (IU), another far left grouping led by the old communist party.  Under the current electoral system, IU’s 923,000 votes spread around the country gave them just two seats in December.   Add those same votes to the 5 million who voted for Podemos, and the electoral arithmetic will earn them more seats.  Current opinion polls suggest that the new grouping will overtake the PSOE as the biggest party on the left, allowing it to dictate terms for a coalition.

If it does, Iglesias has already announced that he would propose a coalition government with the PSOE, offering Sánchez the post of deputy prime minister.   But in such a scenario it’s hard to see Sánchez surviving, or the PSOE accepting life as a junior partner in a Podemos-led Government.  And should Podemos beat the PSOE in votes but win fewer seats – a far from remote possibility – don’t expect either Iglesias or Sánchez to generously stand aside for the other.

Might the socialists abstain in favour of a minority coalition of PP/Ciudadanos?  Not if recent declarations by Sánchez are to be believed: he still insists that he will do all in his power to avoid the PP remaining in government.  And Rivera’s insistence on Rajoy stepping down and the lack of chemistry between them make it an unlikely outcome.

“He knows nothing; and he thinks he knows everything. That points clearly to a political career.”  George Bernard Shaw, Major Barbara

The last six months have not shown the political class in a good light.  Most seem more concerned with the machinations of power or pushing tired dogma than identifying the real problems faced by the country, let alone tackling them.  They don’t even seem embarrassed to have achieved so little in the past months (and get paid for it).

In the meantime Spain’s economy is ticking along but showing signs of slowing down.  That’s to be expected: public investment decisions are delayed, and that flows through to the private sector.  Banks report slower demand for finance as companies put projects on hold.  The budget deficit remains stubbornly high, tying the hands of the future government.  Add in uncertainties around Catalonia and with the Brexit vote due in the same week as the Spanish elections, it’s no wonder investors are cautious.   And as both a symptom and a cause of many of its problems, Spain continues to suffer an unbearably high unemployment rate.

Few would deny that Spain’s political system could do with a kick up the backside.  Worryingly, some of the so-called ‘new’ remedies on offer will seem more like a knee in the solar plexus.   And although the parties talk reform, for most it means little more than applying their own policies.

What the situation needs is not only for the electoral stalemate to be broken, but for a Government to emerge that can build some kind of consensus for real reforms, that in turn will get to grips with the twin evils of unemployment and corruption, strengthen the institutions and improve the governability of the country.    In a few weeks we may find out if the parties are up to the task.  On the strength of the last six months, the omens aren’t great.

In the next post we’ll be looking at how the possibility of Brexit is seen in Spain.