In this edition we look at how dark clouds are gathering for Spanish PM Rajoy, and we recommend two temporary exhibitions that visitors to Madrid shouldn’t miss.

Not that strong or stable…

A year on from the last elections and with the economy on the mend, life should be reasonably uncomplicated for Prime Minister Mariano Rajoy and his centre-right People’s Party (PP) – but it’s not.  A storm is brewing, and the fragile stability of his minority Government faces challenges which, together with the uncanny ability of his party colleagues to get caught up in alleged financial transgressions, could complicate its existence.
The Budget

First, the Government needs to get the budget bill through parliament.  Nearly 40 seats short of a majority, Rajoy has few options – the Socialists (PSOE), far left Podemos and all the Catalan Nationalists will vote against.  He therefore needs to secure the backing of the centrist Ciudadanos, and has also turned to the Basque Nationalist party (PNV), willing to support in exchange for a big reduction in what the Basques pay back to the state; in other words, for money.  That won’t please Ciudadanos, who may wave the budget through but will oppose any bill to change the Basque Country’s already privileged tax arrangements; and with the government still needing support from a Canary Islands’ regional party, it’s not home and dry yet.   In Spain, if a budget isn’t approved in parliament the existing one automatically rolls over, so state business doesn’t completely grind to a halt.   But the government’s hands would be tied and new initiatives that require funding couldn’t go ahead; finance from the central Government to the regions would dry up, and measures to reduce the deficit curtailed.   In practice, new elections would be the likely outcome. 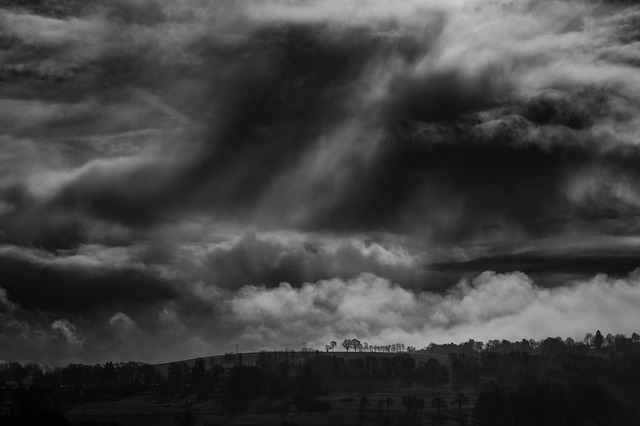 The PSOE chooses a new boss

Meanwhile, the Socialist party (PSOE) is to choose a new leader this weekend,  and this too will have consequences for the Government.  The interim committee currently in charge of the party abstained in the investiture debate to allow the PP to rule. That was a controversial decision internally and as the campaign gathers pace, the odds look to be shortening on the possibility that the new leader may well be the old one – Pedro Sánchez, who was forced to resign following two dismal election results.    With his message of opposition to the PP at all costs, popular among party members, things are looking close between him and his main rival Susana Diaz, who as the head of the powerful Andalusian branch of the PSOE and President of the autonomous Government, enjoys majority support among the party’s apparatchik.   Should Sánchez win, we can expect a no-holds barred opposition.   But if there were new elections, he would struggle to improve on his previous results.  His natural instinct to veer off to the left takes him deep into Podemos territory.  The more he does that, the more votes he will lose in the centre, with few to gain from taking on Podemos head-on.   Whatever the result of the primaries, the PSOE is deeply divided.   Voices within the party itself are warning of the danger of following the French and Greek socialists into irrelevance.

The PP’s vs itself, and the world

Under normal circumstances, with the economy growing strongly and April having seen the best unemployment figure for years, the PP should relish the prospect of elections.  But it won’t now, and a lot of that is down to Rajoy’s chronic inability to stem the constant flow of corruption cases within its ranks, the most notable of  which involves, among others, the former President of the Madrid region, now remanded without bail.

Many PP supporters are disconcerted by the lack of reaction from Rajoy.  This has all played nicely into the hands of Podemos and their friendly TV channels, La Sexta and Cuatro, which run stories of PP corruption on a loop in-between their usual output of low-brow trash.   The party is getting such a hammering that it’s tempting to see a coordinated campaign, with leaks from the courts and the police to the media the order of  the day.   In electoral terms it will scare off all but the most hardcore PP voters.  A recent poll in Madrid – traditionally the strongest of strongholds for the centre-right – showed a large shift of votes from the PP to Ciudadanos, with the Podemos-affiliated Ahora Madrid in the lead.   Meanwhile Rajoy gives the impression that it doesn’t really have anything to do with him.  But it does – if his party is as rotten as it appears, he should resign; and if it’s not, he should wonder what he’s doing wrong to allow the PP’s image to get such a beating.  Either way the PP could do with refreshing its leadership and bringing in new blood, untainted by scandals.

In a show of carefully staged outrage at the latest revelations, the leader of Podemos, Pablo Iglesias, announced that he will present a motion of no-confidence.  In Spain such a move requires the promoters to propose an alternative candidate, who would automatically take over as PM if the motion prospers – no trigger for new elections, as in the UK.    And in practice that means the PSOE and Podemos agreeing on a candidate beforehand, and one of them curtailing their own ambitions.   So far Iglesias has thrown his hat in the ring, but it would be a shock if he succeeds. The PSOE, whoever wins on Sunday, is unlikely to be foolish enough to fall for that one.

How this will all pan out is anyone’s guess.  Rajoy is admired by his own for not getting carried away by events and for riding out storms; he will just have to hope he doesn’t sink first.

A trip to the Museums 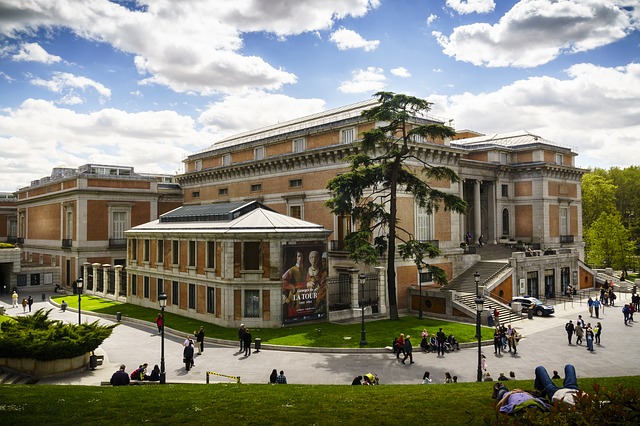 And the Reina Sofia is just down the road

Nobody needs an excuse to hop on a plane and come to Madrid, but art lovers have an extra reason to make the trip with two temporary exhibitions well worth a visit.

The Prado is hosting “Treasures from the Hispanic Society of America”.  The society, based in New York, has the biggest and best collection of Spanish and Iberian-American art outside of Spain.  The Collection was founded by Archer Milton Huntington, son of an immensely wealthy railway magnate.  Fascinated by the Hispanic world, he dedicated nearly 40 years of his life gathering together an encyclopedic collection of art, books and manuscripts.  Among the works displayed are dozens of portraits of contemporary figures by the Valencian artist Joaquin Sorolla.  Huntington met Sorolla in England in 1908, inviting him to exhibit successfully at the Hispanic Society the following year.  The exhibition runs until 9th October.

Picasso’s Guernica was commissioned during the civil war to mark the bombing by German and Italian planes of the Basque town of the same name.   The Reina Sofia Museum, where the painting is on permanent show, marks its 80th birthday by putting together a huge collection of documents, correspondence, photos and films, as well as paintings, drawings and sketches from the artist himself, to help the public reach a greater understanding of the painting, its historical context and its place in art history.  “Pity & Terror, Picasso’s Path to Guernica” is open until 4th September.