Back in March the French daily Le Parisien published the results of a poll in which they asked people from the big 5 EU countries – including the UK – whether they would like to see the Uk leave the Union.      The Spanish were the keenest for the Brits to remain – 76% of them hoping that Brexit doesn’t happen, at some distance from Italians (67%) and Germans (65%).   Our close neighbours  across the channel were the least enthusiastic, with just 54% of the French preferring the status quo – less than the 55% of Brits who backed the remain campaign in the same poll.

Is this why they want us to stay? 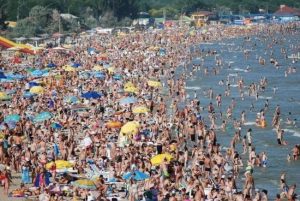 Spaniards are generally bemused by the UK’s deep distrust of the EU.    Sure, they may gripe about overpaid bureaucrats, French farmers spilling Spanish fruit lorries or enforced austerity, but few outside certain sectors of the hard left are openly hostile.    Membership in the early years spurred a long period of growth, and the country has benefitted greatly from European funds, as its gleaming High Speed Trains and generally excellent road network attest to.

Distrust of some of Spain’s own institutions also gave rise to a sense that the UE provides security against national politician’s excesses.  In a recent poll in the daily El País, 78% of Spaniards thought that membership of the EU has been beneficial (in the same poll 80% said they would vote remain if they could vote in the UK referendum).

So the Spanish are overwhelmingly in favour of the UE and pretty keen on the UK staying in.  But why is that, and what do they think will happen with Brexit?

The truth is that nobody really knows what the effects will be, and much will hinge on the results of the negotiations with the rest of the UE.  But some sectors in Spain are likely to be more directly affected than others.

The tourist sector:  The UK is Spain’s most important tourist customer, with 15.8 million visitors in 2015 spending €14.3 bn.   While there’s no reason to think that the British will stop coming to Spain, any fall in Sterling will affect the numbers and what they spend.

Spanish exporters:   They will also suffer from any weakness in Sterling, and from the general economic uncertainty widely forecast for the first few years, as well as the threat of tariffs.   Spain unusually has a trade surplus with the UK in both manufactured goods and services – the latter thanks to tourism.

Spanish companies in UK:  Spain is a big investor in the UK, with holdings values at €62bn (about double the UK investments in Spain) – the biggest include Banco Santander, Banco Sabadell, Telefonica, Ferrovial and Iberdrola, but they are by no means alone.  A fall in sterling would cause the value of their investments to fall and cut the value of dividends, while the underlying business would be hit by any recession.

Spanish in UK:   An ever-growing number of Spanish work in the UK.  Estimated at over 200,000, most left Spain with its 50% youth unemployment rate in search of opportunities and looking to brush up their English.          Well educated, hard-working and grateful for the opportunity that the UK has given them, many are uneasy at the lack of reliable information on how they would be affected.

British in Spain:  Thought to be over 300,000 permanent residents, but with a further half a million who spend extended stays, they too are unsure how Brexit would affect their status, their access to pensions and especially to the generally excellent Health service.

Despite Spain having its own distractions with a repeat of elections due just three days after the Brexit vote, the referendum has still captured a fair amount of press and media interest.  What follows is a synopsis of opinions gathered from different sources (journalists, politicians, seminars, interviews) which reflects some of the most prevalent views from Spain

From those that want us to stay….

And from those that don’t care…..

And my view?  This is a huge decision, and my guess is that a Brexit vote will have unforeseen consequences both in the UK and in the rest of Europe.  Tomorrow is a big day.

“It’s coming from the feel that this ain’t exactly real,