Spain: the end of the deadlock in sight?

As the polls closed on the evening of 27th June, Pablo Iglesias, the pony-tailed leader of the far left Podemos party, could be forgiven for picturing himself in the Moncloa Palace as the new Prime Minister of Spain.    In the weeks leading up to the elections the opinion polls had his Unidos Podemos electoral alliance firmly in second place, clear of the Socialist PSOE and gaining on the conservative People’s Party (PP).  The sum of Podemos and PSOE looked likely to exceed the 176 seats needed for a majority.  And with his party as the largest force on the left, Iglesias would have had a strong claim to occupy the boss’s seat in a left-wing coalition.

The corks started popping at the Podemos HQ when at 8pm the exit polls seemed to confirm the earlier predictions.   But election results come in quickly in Spain, and by 10pm, with 10% of votes counted, things looked very different.

In short, all the polls were wrong.   The PP confounded the pundits by gaining nearly 700,000 new votes and 14 seats.   Although still some distance from an overall majority, the party currently running the caretaker Government increased its lead over the PSOE to 52 seats. The PSOE crucially held on to second place, losing 5 seats but just 100,000 votes.

Podemos had a disappointing night.  Their electoral pact with the communist IU failed to provide the hoped-for lift, and despite maintaining their 71 seats, they shed over a million votes.  The centrist Ciudadanos lost 8 seats to finish with 32.

While the PSOE could at least console themselves on holding off the challenge from Podemos, it wasn’t a good night for the left.   Many who turned out last time abstained.  On the right, fear of Podemos seems to have persuaded abstainers to go back to the PP, despite the unpopularity of Rajoy even among his own voters.  The Brexit vote just three days before may also have persuaded some to stick with the status quo. 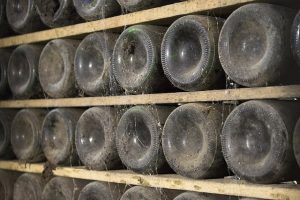 No reason to crack open the Cava just yet

The voters have again made life difficult for their politicians to forge working majorities.   The idea of Podemos and PP as partners is unthinkable, and they pretty much don’t agree on anything.  The only other group that the PP can form a majority with are the Socialists – also ideological enemies but at least both theoretically in the ‘constitutional’ camp, i.e. against independence for Catalonia and the Basque country.  Yet the socialist leader Pedro Sánchez insists that neither actively – by governing in coalition or reaching a governability pact – nor passively – by abstaining – will the PSOE do anything to keep Rajoy in power.

Podemos haven’t given up, and still talk of joining a PSOE-led Government, with support from pro-independence nationalist parties from right and left.  That may well be Sánchez’s preferred option, being the only one that crowns him as Prime Minister.  But many socialists have reached the conclusion that a coalition with Podemos is either impossible, undesirable or both.   Senior historical figures in the party, including the former Prime Minister Felipe González, have called for Sanchez to let the PP govern.  Some in the PSOE have hinted that if Rajoy can cobble together a near-majority (with Ciudadanos), they may find a way to at least partially abstain to allow him to form a Government.

That near-majority is elusive: Ciudadanos do not want to govern with the PP, at least not while Rajoy is in charge.  Rivera has announced that they will abstain in the second investiture debate, as their contribution towards unblocking the situation, but they won’t negotiate a pact for Government.

Voters to politicians: No new elections

The one thing that the voters agree on is that they don’t want to go back to the polls.  A recent survey published by the national daily El País reported that 74% of socialist voters would prefer their leader to abstain to let Rajoy govern if that was the only way to avoid new elections.  Even 50% of Podemos voters backed that option.  At the same time 70% want Rajoy to resign to facilitate an agreement – including 36% of PP voters.

And that scenario may well be the only way to end up with a stable Government that can last the full term.   Rajoy would step aside in favour of someone younger and less tainted by corruption.   The new leader would then agree a reform-based programme with Ciudadanos to tackle unemployment and corruption, and kick off reforms in the judiciary and the electoral system.   The PSOE would find it harder to justify blocking the investiture.    On the bigger questions, the Government would have to seek an understanding with the Socialists, who would be the official opposition.

That probably won’t happen – Rajoy shows no sign of falling on his sword for the greater good, so he may well be unable to reach an agreement to be sworn in.  Even if he gets through the investiture vote, he still needs to govern and would struggle to last a full legislature.   The other option of a coalition of PSOE and Podemos, plus assorted Nationalists, is possible but fraught with difficulties.

So a repeat of the elections is still very much on the cards.  If it happens, it will be at the end of November, leaving no time to get the 2017 budget through Parliament.  Investment plans will be put on ice, and the economy will lose momentum.   That’s not a good scenario with 20% unemployment and many workers on low paid, temporary contracts.   And Spaniards would be right to wonder where it will all end, as the parties rush to blame each other for the fiasco in the hope of avoiding being punished by the voters. 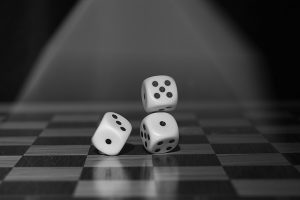 A Government or another roll of the dice?

These are not the best times for a country to be rudderless.   Internationally, with the refugee crisis, terrorism, Brexit and the situation in Turkey, the world is beginning to look a more dangerous place.   Domestically there are big challenges, not least the renewed push from Catalonia for independence.  More uncertainty will only hurt the economy.

Despite all the difficulties, Spain has much going for it.   But the good things tend to happen in spite of its politicians.   They now have another chance to show whether they are up to the job.

How can the deadlock be broken?  The best suggestion doing the rounds is brilliant in its simplicity; stop paying the MPs from the day they’re elected to the day a new government is sworn in.  Hands up who thinks that Spain would have been 7 months without a Government with that rule in place.